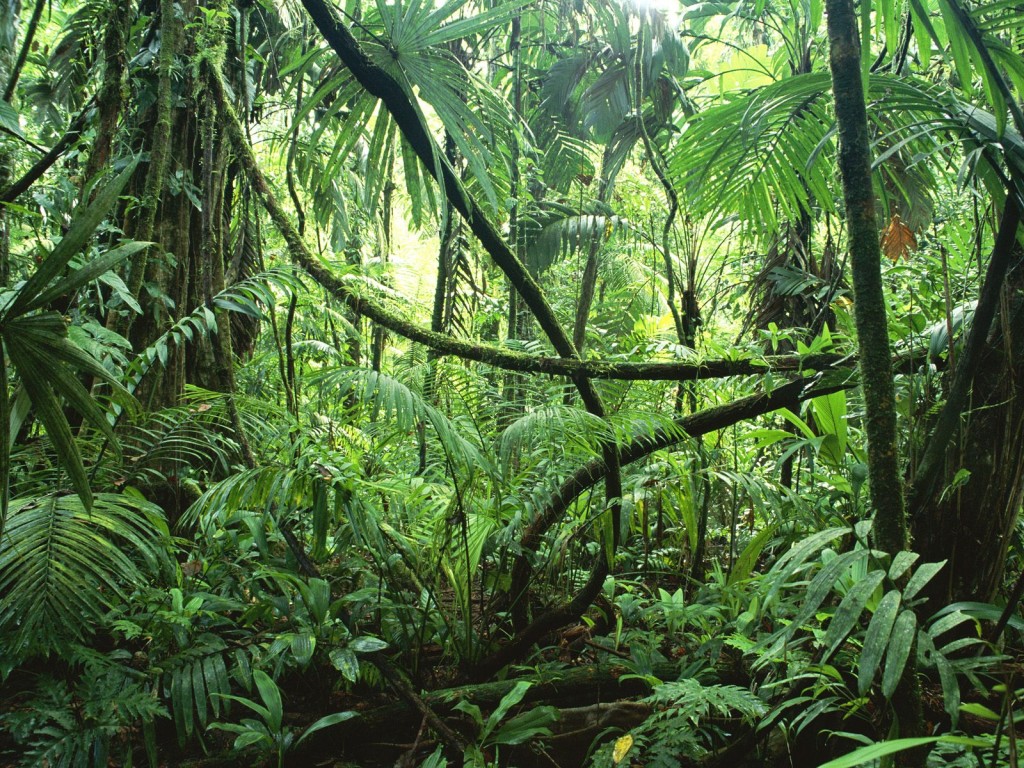 Belém, with around 1,500,000 inhabitants, is the economic center of the northern region and capital of the mineral rich state of Pará . One of the rainiest cities in the world, it has a “less wet” season from July to December. But this is not as bad as it sounds. Rain often comes and goes quickly and is a brief respite from the equatorial heat.

As it approaches the Atlantic ocean, the Amazon river splits into many branches and forms countless channels, fluvial islands, and finally two great estuaries. These estuaries separate Marajó island, “the continent island”, from the mainland. The southern estuary is joined by the mighty Tocantins river. Belém is 120km from the Atlantic ocean at the point where Guamá river turns north and becomes the Guajará bay. It is the biggest port on the Amazon river. From Belém, you set sail for any place that is navigable on the Amazon and its tributaries.

At the Ver-O-Peso market and port, there is not much for a tourist to buy. However, the display of fruits, vegetables, plants, animals and fish, not to mention the people, is fascinating. The most intriguing section is filled with medicinal herbs and roots, dead snakes and amulets for every possible occasion.

The Emilio Goeldi museum has three parts : the zoological-botanical garden, the aquarium and the ethnology museum itself. The zoo has manatees, jungle cats, alligators, snakes, monkeys and many amazonian birds. The highlight here is the museum founded in 1866. It is billed as the greatest anthropology collection of Marajoara ceramics (from Marajó island) in good display, indian artifacts, many stuffed birds and old photos.

Belém is among the 10 most lively and attractive cities of Brazil. It has all the characteristics of a modern city, but still maintains in its architecture many features of a rich and glorious past as can be seen in the Church of Our Lady of Carmo (Igreja do Carmo), the Metropolitan Cathedral (Igreja da Sé) and the Theater of Peace (Teatro da Paz).

Beléms Old Town (Cidade Velha) is characterized by colorful and gentile façades decorated with ceramic tile, true historical relics imported long ago from Europe, and narrow streets that give the impression that the time has stopped there. Architectural treasures, preserved as historical monuments, and is found in this sector of the City.

Some roads of Belém seems to be truly mango trees tunnels, which diminish the heat at the peak heat. The city still offers endless atractive places, such as: Mercado Ver-o-Peso, Estação das Docas, Teatro da Paz, Churches, Museus, besides the beauties of nearby rivers, the tiles from Icoraraci village and sweet water beaches of Mosqueiro.

At last but not least, one of the main reasons to visit Belem is MARAJÓ ISLAND!!!

Marajó island – close to 50.000 Km2, the largest marine-fluvial island in the world, has an ancient civilization which was famous for its ceramics.

It is divided in two almost equal regions. The eastern half of the island is called the fields region. It is characterized by low-lying fields with savannah type flora, sectioned by strips of remaining forest along the rivers. Various varieties of palm trees and dense mangrove swamps line the coast. The islands western half, called the forest region, is covered by primary forest.

Marajó has two seasons: the very rainy one from January to June and the dry from July to December. The few roads are elevated three meters. Marajó is supported by the herd of buffaloes and zebus which wander the “campos” (fields) and are well adapted to the wetland conditions.

The island is filled with hundred of bird species such as egrets, flamingos, herons, parrots, ducks, hawks, toucans and the gracefull scarlet ibis with its long curved beak. The sight of a flock of deep-pink ibis flying against Marajós green backgroung is unforgetable. Alligators, monkeys, capivaras and large anacondas complete the scene for a fantastic photo-safari.

Soure, the islands principal town, is a little city shaded by mango trees with oxen and buffalos grazing in the streets. Like others coastal cities, it is primarily a fishing village. Marajó is also a paradise for fishermen. You will catch the ferocious piranha or the one and half meter Pirarucu among others.

The best way to discover Marajó is through its “Fazendas” (ranch/farm). With the farmer as a guide, you can discover all the wildlife of the island. Visiting a water buffalo ranch, you will understand why this animal is so useful to the farmers: carrying cowboys, pulling carts and providing the ranch with its milk and meat.