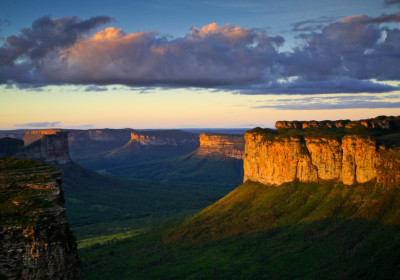 Day 1 Transfer Salvador-Lencois. After the check-in in pousada Casa da Geleia te Lencois we visit “ the tablemountain “ Morro do Pai Inacio, and see a
€ 660
Ask for a quote! 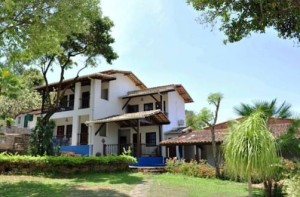 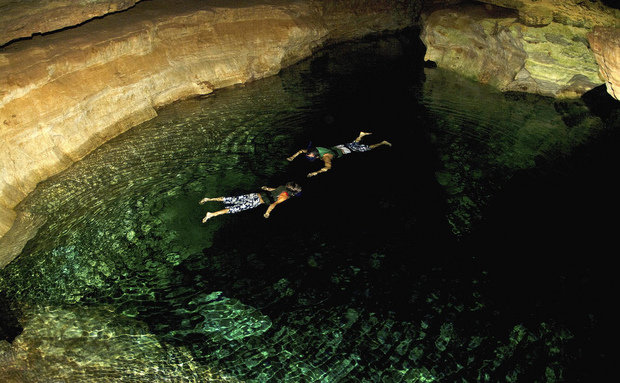 The National Park of the Chapada Diamantina is one of the most fascinating natural parks of Brazil. The mountain scenery contains an extraordinary variety of ecosystems, like Cerrado, Mata Atlantica, and Stone fields, Caatinga. The bromeliads and orchids find a privilege ambiance, adapting themselves to the differences in climate, altitude. The mountain tops reach a height of 5,660 feet (see map of hiking routes) and they offer shelter to the Jaguatiricas (local breed of feline) pumas, mocós (local rodents), deer's, teiús (local reptile) and seriemas (local little ostrich). The massive quartz pieces, have undergone and resisted the erosion that began in the Pre-Cambrian period, forming towers of minerals known as "TEPUY" by the local Indians of the Maracas and Cariris tribes, which dominated the region before the arrival of the first settlers or bandeirantes, around the year 1750. The most astonishing tepuis reach a height of 4,830 ffet and they run across the municipalities of Palmeiras, Lençois e Mucugê. The Tabor hilltop, Calumbi (Also known as Morro do Camelo, or Camel Back) the Pai Inacio and the Morro Branco do Paty, challenge time and feed the many local legends from other eras. The cities that border the National park are filled with colonial buildings representing the architecture of the time, a vivid memory of the richness of the time of the diamonds, which made Brazil the first world producer of the mineral during the beginnings of the XX century. The trails opened by the garimpeiros (searchers of precious minerals) are opened today for the enjoyment of hikers and trekkers from around the world. It is still possible to encounter old garimpeiros in the area, who experienced and lived the diamond rush that made the area famous. The main rivers of the area begin in the hidden rocks of the Chapada. The Paraguaçu and the de Contas rivers cave deep canyons in the hills and planes, creating a scenery of divine beauty in the Fumaça Waterfall (1,400 feet long, the highest fall in the country), the caves of Iraguara and the Enchanted Cave or Poço Encantado. The National Park of Chapada Diamantina was established in 1985 and it is currently undergoing the implementation process, administered by the Ibama (Environmental Institute of Brazil -Instituto Brasileriro de Meio Ambiente), headquartered in Palmeiras. For security and environmental protection, the local guide associations in the area should be contacted to pursuit hikes in the park. Tourist agencies, pousadas, hostels and alternative community hosting promote trips by bike, off-road, canoe and by foot, as well as by mule and horses. In addition, other interesting attractions include new age, spiritual discovery and personal growth, including regressions to past lives and esoteric activities